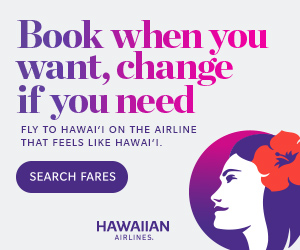 Thousands of people move to Hawaii from all over the country and even the world every year. Everyone is looking for that slice of paradise because after all, it’s that trip to Hawaii that’s always offered on TV game shows. The fact is that moving to Hawaii is an amazing experience, the weather is perfect, the scenery is breathtaking, and it’s a wonderful place to raise kids.

But before you make the move, there are some things you should know that will help prepare you for life in paradise. Because it’s not all sunny beaches, surfing, and coconut shell margaritas in the Aloha State. Even if you’re coming from the beach neighborhoods of California, living on an island is an entirely different world altogether.

Being an Island State far from the mainland creates one of the most difficult obstacles that you’ll have to deal with if you’re used to getting your fix for random stuff instantly. Whether it’s simply driving across the island or having a gorgeous new dining set shipped from the mainland everything is in slow motion in Hawaii. Even if you opt for next-day shipping, in reality, it could take 2-3 days just to get there.

But that’s not the only slow thing, life in general moves at a much slower pace in the Aloha state, and with good reason. Being on such a beautiful island does have its perks of gorgeous views and scenery that you’ll never really get tired of. And you’ll quickly find out that driving in Hawaii is much slower than the California speed limit, and it’s not because of traffic.

What does have a lot of monetary value is housing and it does not come cheap in paradise. After all, land area is a prime commodity that will only continue to get smaller and smaller as more and more people move to the island state. A small house or a condo could cost almost a million dollars, and even then you’d best not compare it to your California home or else become potentially depressed.

Moving is also going to be very expensive considering you’ll have to factor in freight, but it also offers a great opportunity to pare down and start with a clean slate. You will be able to find movers like this local moving company in California that services move to Hawaii, but it’s a good idea to bring as few items as possible.

It takes Hawai’ian blood to be Hawai’ian. Even if you can say that you attended one of the high schools, you’re still not a native. A resident, yes, but keep in mind that you should still always be polite, show respect, and don’t act like you own Hawaii just because you own a house.

That’s not to say that the native population despises you for coming from California or any other mainland state. It’s not any different than in Los Angeles or San Francisco, of course, there are shady neighborhoods and places where you may not feel safe. But the general population is very friendly and somewhat much happier as well because of the laid-back island lifestyle that just puts a smile on your face.

4. It’s Not Heaven on Earth

Sure it’s an island paradise, but that doesn’t make it immune to the harsh reality of the world. People do still get sick, there’s unemployment and homelessness, and of course, neighbors and drivers will have a few squabbles or road rage.

Hawaii also has crime and other typical incidents you’ll find in any city in the country. Although it’s good to know that it’s one of the lowest violent crime rates among the Pacific-coast states sharing the title with Washington and Oregon.

5. Get Ready for Random Rain

Although it rains pretty regularly across the islands, it doesn’t take long for the sun to come out, so taking a breather while waiting for the rain to stop is more of the local way than braving the wet with an umbrella.

The problem with the rain is that everything is wet and damp. There are some neighborhoods where you barely see a dry rooftop for days. The sloping valleys and hills of other areas can also result in lush, windy environments where others are a bit hotter and drier. Hawaii is home to a host of microclimates, where one island can be very different from its neighbor.

6. Rust Is Your New Friend

Living close to the salty ocean and having rainfall almost every day means that you’re going to battle rust regularly. This may be one reason why others don’t take too long before packing up and going back to the mainland, but it’s more of a first-world problem than anything.

Sure it means you’re going to be repainting your home and replacing hinges more often than if you were in California, but that’s one of the caveats when you live in an island paradise. Inevitably nothing lasts forever, just don’t expect anything made of metal to last as long as they would back in the mainland.

7. You May Not Live On The Beach

Maybe for the first few weeks or even months but the reality of living on an island doesn’t mean sitting on the beach sipping on coconut drinks while working on your laptop. It’s just like any other city where you’ll spend a lot of time indoors in your home office or within a building.

Of course, you’ll have gorgeous views of the ocean and beach practically from any window but you’ll soon realize that it’s not every day that you get to walk barefoot along the sandy beach or hang ten on the waves. You do have the option and it’s not like you’ll ever get bored of it, it’s just that even if the lifestyle pace is slower in Hawaii, it’s still a city that keeps moving forward.

8. Everyone Wants To Visit

Being the family member or friend that lives on an island paradise means that everyone will want to visit at least once. Everyone loves the idea of going to Hawaii, and since you’re the one that lives there permanently you’ll end up having to guide people around all the tourist spots whenever they visit.

For the first couple of years be prepared to play host quite a lot but as the idea gets older and most have already visited at least once, you’ll only be seeing a visitor maybe once or twice a year. Of course, you can always visit them instead and see how the miserable continental lifestyle is treating them. When you get back to Hawaii, you’ll truly feel at home in your cozy island paradise.

Latest from the blog